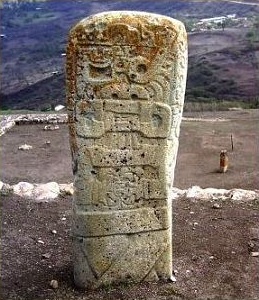 About 1100 B.C. the Kuntur Wasi ceremonial center with tiered platforms and burial structures was built atop La Copa Mountain. There are lithosculptures related to Cupisnique and Chavín de Huántar. The term «Kuntur Wasi» comes from Quechua and means «house of the condor». The ceremonial center has been renovated and modified several times. Several burials with numerous offerings such as gold, pottery, stone and bone jewelry and snail shells have been discovered beneath the temple floor. The local museum houses the golden objects found by the Japanese research team, such as necklaces, crowns, ear ornaments, breast ornaments, as well as small trophy heads of figures from the Chavin, Cupisnique, Kuntur Wasi, and Jequetepeque iconographies. 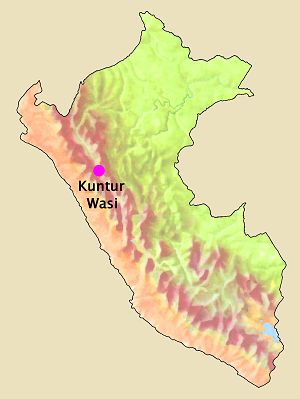