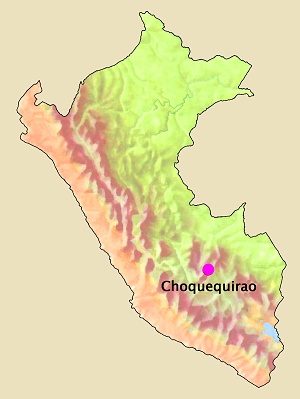 Because of the similarity in structure and architecture, Choquequirao is often compared to Machu Picchu. Choquequirao was an administrative center with political, social and economic functions and a link between the jungle region of Vilcabamba and Cusco, the capital of the Inca Empire. The complex consists of nine architectural units and a system of 180 terraces with areas for living, administration, temples, workshops, storage and an irrigation system. The ceremonial area extends over a length of 700 m. For 36 years, Choquequirao served the Incas as a refuge and bastion of resistance against the Spanish conquerors.

Choquequirao has a temperate climate with an annual average of 16 °C. From April to August it is dry with cold nights.