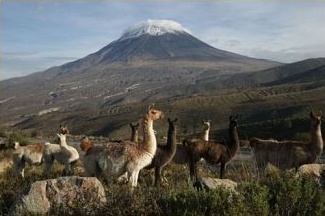 The aim of the National Reserve is to preserve the natural and landscape riches of the area, protecting the habitats of animals such as the vicuña, taruca, Chilean flamingo, Andean flamingo and James flamingo and plants such as the Polylepis forests (Queñuales). The majestic volcanoes of Ubinas, Pichupichu, Misti and Chachani in the south-west and the snow-capped mountains of Chuccura and Huarancante in the north tower over Andean plateaus dotted with lakes and wetlands. By storing precipitation as rain, snow and hail, this area becomes an important water reservoir, especially for the city of Arequipa. 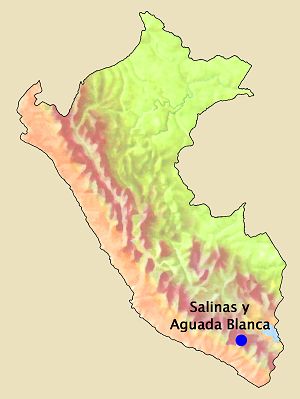 The average annual temperature varies between 2 °C and 8 °C with lows down to –10 °C and highs up to 15 °C. Rainfall between 200 mm and 519 mm, often in the months of January to March, less from April to December. Relative humidity around 50%.